Monica Smith is a graduate of the University of Texas at Austin with a liberal arts degree in government and a minor in history.  She is a member of the Daughters of the American Revolution and The Sons and Daughters of the Pilgrims. She enjoys knitting for charity, sewing for special needs pup rescues, quilting, horseback riding and was a dedicated Hospital volunteer.

Her personal experience with special needs adoptions has given her a firsthand perspective of how programs within rescue groups and shelters can effectively benefit senior, abused and neglected dogs.

She resides with her family at their home in Colorado and Utah. 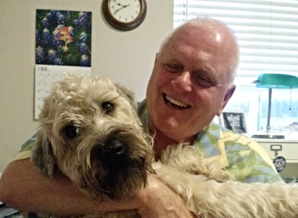 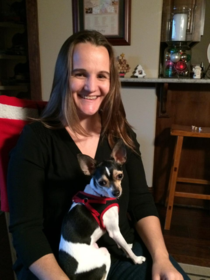 Mike Whitney and his dog Cowboy wish all dogs everywhere could enjoy the same happiness that we have.

Mike’s been in the news business for more than 50 years.  He’s worked for newspapers, radio and TV, winning several Emmys and other awards as the show producer for “60 Minutes.”   He taught journalism  at the University of Texas at Austin, and evaluates the work of high school journalists from across Texas for the University Interscholastic League.

He volunteers at the local library and he and his wife support the Lady Bird Johnson Wildflower Center and the local high school Viper Marching Band. 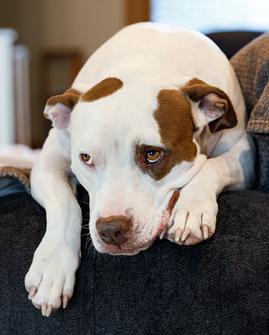 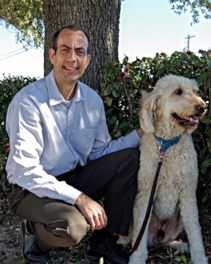 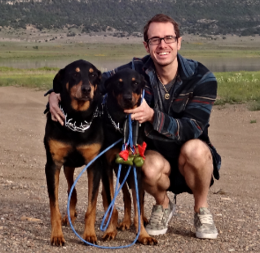 Franklyn G. Prieskop is a retired businessman in the areas of Safety and Risk Management, a former University Professor of Occupational Medicine and a minor author on various subjects.

He has been a member of the Austin German Shepherd Dog Rescue for many years, Within that organization, he has participated in their fundraising efforts, pre-adoption Home Visit reviews, dog transport missions and presentations of dogs to potential adopters. Most importantly, he has personally fostered a number of German Shepherds, including dogs with serious cases of Criminal Animal Abuse and Neglected dogs with a host of serious medical issues. 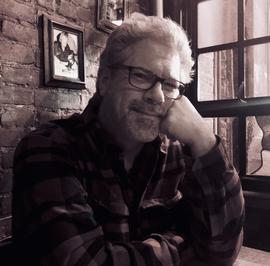 A member of AVC (Austin Vet Care) since 2005
Education: Bachelor degree in Wildlife and Fisheries Science and Doctorate of Veterinary Medicine from Texas A&M.
Experience: 15 years in veterinary medicine.

Dr. Brandes is from Austin, TX. He has been practicing since 1998 at the Metric location, since before it was Austin Vet Care.  He has a Goldendoodle named Leo. In his free time, Dr. Brandes enjoys spending time with his family, reading, wood working, playing the guitar and trail running.

"I enjoy working with animals because they are such unconditional givers. Also because of the joy they bring to us, and the people that bring them in, through the bond we share with them." 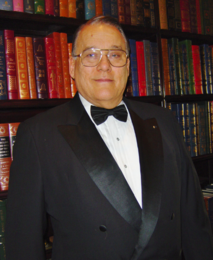 Jared is a retired reverse logistics industry executive and lifelong dog lover that resides with his family at their home Colorado and Utah.

In 2009 he cofounded one of the largest privately held electronic recycling, repair and refurbishment businesses in the United States.

In addition to his work with Booboo Foundation, he sat on the Advisory Board of Austin Recovery, the largest non-profit drug and alcohol treatment center in the state of Texas.

An avid runner, reader, off-roader and snowboarder, his true passion is identifying and realizing value in people, pups or gadgets that have been discarded or written off.

The Booboo Foundation's grant committee members hail from a wide range of industries but all have one thing in common: a passion for the rehabilitation and care of senior, abused or neglected dogs. 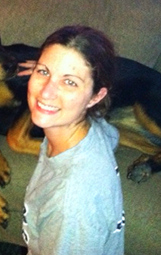 Larry is a freelance residential designer living and working in Wimberley, Texas.

He is a former Austin Humane Society board member and life-long animal lover.

Larry graduated in 1982 from West Texas State University with a degree in  Communication Graphics.

His professional background is in art direction, graphic design and illustration.

Jenny Shields graduated from Hunter College in New York City with a Bachelor of Arts in Communications. After many years of working as a Set Decorator in the Film and Television industry she has now transitioned in to a career in Real Estate Development.

As a life long lover of animals, she got the bug for working in the area of animal rescue when she started fostering with Ken-Mar Rescue in Los Angeles, CA. During her 5 years volunteering with them she foster over 30 dogs and became involved in their fundraising efforts, volunteer on-boarding and adoption logistics.

She is enjoying being back in her home town of Austin, TX with her rescue Chihuahua Gus.